Beauty Bias: Can Being Too Attractive Backfire in Work (and Life)?

Being (vs. Looking) Professional

As a human in my late twenties — alive and (mostly) well in 2014 — I have experienced both negative and positive reception for my workplace appearance. I’m a halfbreed Latino with long curly hair, visible tattoos on my hands and arms, and gauged earlobes.

In work environments with a more conservative culture, employers have viewed my appearance as a threat to the natural order of the officeplace: Surely an adult male with my visual attributes is up to no good. I’ve been asked to “look more professional” by wearing a tie an dress pants.

In other scenarios, how I look is an asset. If, for example, I’m out taking photos, shooting video or interviewing a well-known musician, people understand that I’m dressed appropriately for the part.

It’s a dilemma. Me just being me (or you just being you), depending on who is doing the viewing, can be either seen as a perfect fit or as unprofessional — even when the type of work is exactly the same.

The subjective nature of how our brain translates visual stimuli is greatly based on our personal biases, how we were raised, what our peers seem to accept and how we perceive ourselves. But every few months, a new wave of headlines regarding appearance in the workplace invades our news feeds, and it’s more often about sex appeal and cosmetics than appropriate modern fashion for your particular profession.

The general consensus: Being more attractive can help you land a job, a higher salary and promotions down the road more easily than others with the same skills and qualifications but with less striking features.

Putting the absurdity aside (for now), we put out the following question: Is it possible to be too attractive in work and in life? Can a desirable physical appearance ever be a disadvantage?

The “what is beautiful is good” stereotype

Beautyism, treating others differently based on their looks, undeniably exists. In psychology, it’s referred to as the “what is beautiful is good” effect — the assumption that attractiveness also means higher levels of skill and intellect — and it’s been highlighted in numerous studies around the world, albeit sometimes by makeup manufacturers (I’ll leave it up to you to interpret what that means).

Kristen Martinez (M.Ed., Ed.S., LMHCA, NCC), a counselor at Pacific Northwell in Seattle, believes that being attractive can cause problems, but it depends on the person’s gender.

“In my experience,” Martinez said, “when a woman is very attractive, she tends not to be taken very seriously regarding her intellect. She may notice that her looks are the only basis for — or play a large part in — her successes in life, and that can take a toll on her self-esteem.”

The bias, she said, might lead her to question her own intelligence as well, since her physical appearance is all anyone ever seems to notice.

In Martinez’s experience, men can also experience favoritism based on their good looks, “but are taken more seriously regarding their intellect.”

“Men command more power in the first place, and attractiveness seems to fit the needs of men more neatly than it does for women. Someone can be too attractive, but this often falls on the shoulders of attractive women more than attractive men. In the end, though, it hurts everyone when objectification is in place,” Martinez said.

This sort of “positive” objectification hurts, according to Long Beach, California, psychotherapist Tina Tessina (Ph.D., LMFT), because “being chosen for your attractiveness, unless you’re a model or a movie star, can mean people have the wrong expectations of you.”

Procurify Director of Communications Brittany Whitmore, a fashion model turned tech industry marketer, said she has had her fair share of people assuming, based on her looks, that she’s not very intelligent.

She once had a colleague treat her poorly for his first few months working with her. He assumed that she had been hired because of her appearance. “He eventually apologized after realizing how completely wrong he was, and we became friends,” she said.

She’s even been turned down from a position because she said the employer was concerned people would think she was hired for qualities other than her work performance.

“People [assume] you are stupid because you can’t be smart AND pretty, apparently. I can’t even begin to count the number of times someone has said to me, ‘Wow you are actually really smart,’” Whitmore said.

Jessica Greenwalt’s experience has been similar. Despite her work as the founder of an international graphic design and web development firm and the co-founder of a medtech company, she’s said that people have often doubted her technical prowess because of how she looks.

Oftentimes, when I tell a guy I’m a web developer, he’ll say, ‘But you’re too pretty to code,’” Greenwalt said. “I don’t even know how many times I’ve heard that exact phrase anymore.”

At networking events, she said, men will often try to strike up a conversation and hit on her, instead of picking her brain about the work she’s done for LinkedIn, Marvel Comics and other industry leaders.

The joke’s on them, however. Greenwalt is listed as one of Inc.’s “10 Women to Watch in Tech.”

Perhaps she would have been able to assist them on an upcoming project. They’ll never know. 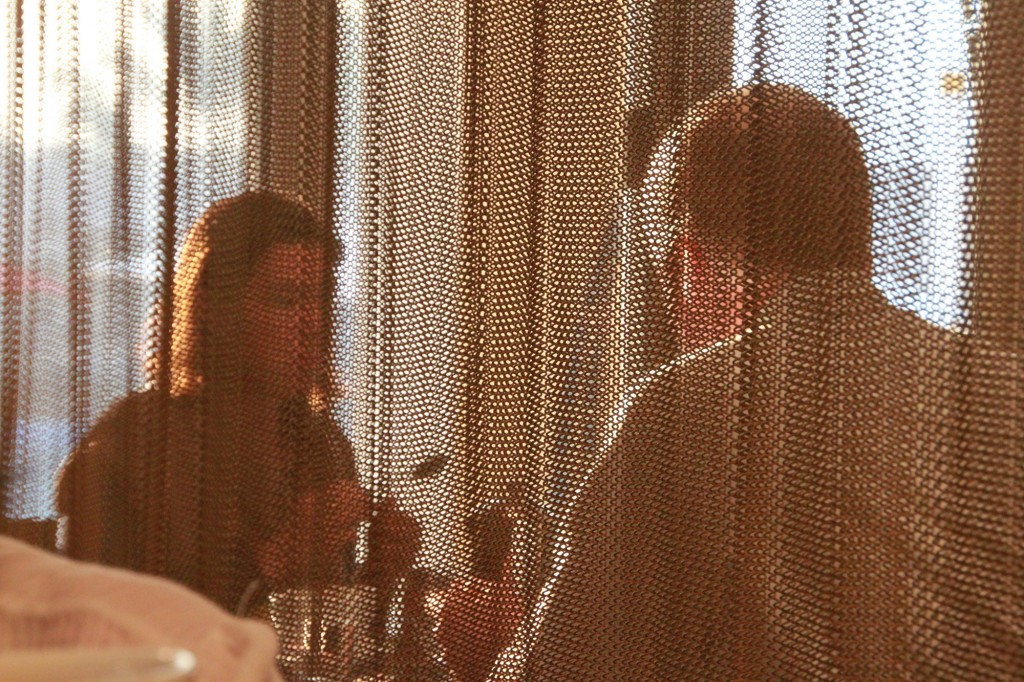 “One of the more awkward work conversations I’ve had happened while I was consulting for a large overseas corporation,” Greenwalt said.

She said the project manager for the company invited her to dinner to talk about the project, so she brought her sketchbook and pens. Throughout the “meeting,” she would bring up ideas and he would continually make references to his current smartphone and a newer version.

“There’s a new phone out and I know I shouldn’t want it, but it’s so sexy that I can’t help it. I want the new phone,” he said.

She said meetings like this are billable time, so she kept trying to refocus the client on the project, but he continued to make references to the “sexy” new smartphone.

“After a few cycles of this, he said, ‘No, you don’t get it. YOU are the new phone.’” She said he then explained that he’s married and shouldn’t “want” her, but he did. She explained she only wanted to talk about the project. He asked her to have a drink and to go dancing afterward. She declined.

“The first few times these things happened, when I was younger, I was surprised and shy about them,” Greenwalt said. “They made me feel uncomfortable. I didn’t know how direct I could be with my rejection to advances made by the older men I worked for. I would usually just find an excuse to leave the situation, without addressing the odd things said to me.

“Then I became bolder and more inquisitive. I started asking the men why they would tell me these things, if they were married, if they thought it was appropriate, etc. I made no judgment. I was just curious. We’ll have an honest conversation, I’ll learn a little more about their life and their priorities, then I’ll steer the talk back to work. I no longer have much of an emotional reaction to these events. I expect them as part of the normal course of business,” Greenwalt said.

We learned it in kindergarten: Don’t judge a book by its cover

If you too attractive, many will assume your good looks got you where you are, and consequently, your ideas and hard work won’t be valued as highly as someone who’s considered to have a more “normal” appearance. The question “Is it possible to be too attractive?” — although a natural one to ask when considering the beautyism bias — creates what we call a catch-22, a blessing and a curse, a double-edged sword, but perhaps it’s more accurate to call it a false dilemma.

This sort of questioning places the agency on a person’s arbitrary genetics and use of cosmetics instead of on where the issue really lies — with how people choose to treat one another (and, ultimately, themselves).

I tend to side with Russell Brand when it comes to people’s appearance in the workplace:

Focus on what actually matters (people’s attitude and effectiveness in the workplace) rather than making a comment or supposition based on the way someone looks.”

Not only is it potentially damaging, but it’s a massive waste of brainpower.

I’m reminded of a Mad Men advertisement where the character Joan is being ogled on a New York City street corner. The well-dressed men staring stealing surreptitious gazes seem completely entranced by her form, and she’s wearing a wry smile on her face that comes off as a subtle wink: “I know what’s happening here, and can take full advantage of it.”

When our baser instincts are given into and we allow our productive time to be consumed by distractions, as Greenwalt described above, everyone loses. The work suffers.

So, maybe instead of asking “Is it possible to be too (un)attractive for work and life?” we should ask ourselves a more direct question: “How are my assumptions and the way I choose to treat people affected by the way they look?” and figure out a better way to practice living.

Has someone made an unfair assessment in life or in work based on the way you look? We would love to hear about it. Share your story in the comments section below.