How can I catch a liar in the act? Here are 5 foolproof ways to tell if someone’s lying

We all lie—we say we’re younger than we really are, we claim to be okay when we’re not, and we tell our friends they look great when they don’t. I stand by the argument that lying is okay in certain instances, such as these, when the effects are virtually harmless. However, I also acknowledge that there are circumstances where lying is not okay… especially when the effects are damaging.

For example, you shouldn’t outright lie in your job interviews. If you claim to have all of these impressive skills that paint you as a great candidate, then yes you’ll probably get the job—but you won’t know how to do the job. Your employer will soon find out you lied about possessing skills you know nothing about and send you back into the pool of unemployment, haunted by your own deceit.

Now, if you’re in the opposite position—say you’re at risk of being lied to as a potential employer—it’s important for you to acknowledge when someone is lying. In fact, everyone should take some time to learn how to weed out the liars to avoid the ill effects that come from hurtful lies. Here are 5 foolproof ways to do so effectively:

1. Take note of any inconsistencies.

If you suspect someone of lying, pay attention to any inconsistencies in their story. This is a classic lie detector in itself, which is used in courtrooms and by investigators. It’s hard to keep up with a lie, especially when one is asked to go over the details again and again. The liar will more than likely slip up and ultimately tell on themselves for lying.

2. Throw them off by asking the unexpected.

Some liars rehearse their stories over and over again, which allows them to deceive your first test of checking for inconsistencies. However, often they don’t think of every detail or predict your every question. So come up with some questions that serve to catch them off guard: that way they don’t have time to come up with a lie and may reveal important details related to the truth. For example, if as part of their story they claim they stopped for pizza, ask them which pizza place they went to. Was it Domino’s or Pizza Hut? And what toppings did they get? Cheese, pineapple, pepperoni? This will certainly trip them up if they’re lying.

3. Pay close attention to their behavior.

In order to read someone’s true emotions, sometimes you have to rely on their body language. While many let lies flow right out of their mouth, they often forget about what their bodies might be communicating. Use this to your advantage. Are they avoiding eye contact? Are their smiles bogus? Do they look uncomfortable? If the answer to any of these questions is yes, they might be lying to you. This is a strategy that Jimmy Fallon uses to win his game Box of Lies. This game is all about trying to deceive your opponent—Jimmy always narrows his eyes and pays close attention to his opponent’s body and facial cues in order to tell if they’re telling the truth or not.

Microexpressions are very brief expressions that display concealed emotions. So, in those instances where you can’t tell if your friend is actually okay or just putting on a front, look for those flashes. If you pay close enough attention, you’ll notice a moment of sadness or another lapse in their performance, followed by a quick recovery. While these microexpressions can be difficult to spot, you can teach yourself to do so and you will get better with practice.

5. Be suspicious of extra details.

One of the most obvious signs that someone is lying is when they offer a whole lot of unnecessary details. For example, say I ask you what you did last night. If you answer with a lengthy story about how you were at McDonald’s at 5 p.m. sharp and then sat in traffic for 20 minutes before you got to Target where you bought a soccer ball and some cereal, I’m not trusting you. You are so obviously going out of your way to make up an extravagant story to cover up your tracks. Liars try to convince you they’re telling the truth by offering all of these details—to them, it’s a foolproof way to pull off a lie. But in reality, it provides you with another foolproof way to catch them in the act. 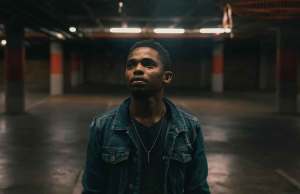