Over diagnosing bipolar disorders: Why bipolar is the new ADHD

Recent studies show that 15 to 20 percent of bipolar related disorders that are diagnosed are actually false positives. Research has indicated that there are several reasons for this:

In some cases, the therapist mistook borderline personality disorder for bipolar disorder. This is pure diagnostic incompetence.

In studies, mental health professionals admitted to diagnosing patients with a bipolar disorder, instead of borderline disorder, to achieve reimbursement from insurance companies. Not only is this insurance fraud, it’s also terrible patient care. Bipolar disorder is medical, and the appropriate treatment involves pharmacology. Borderline personal disorder is not medical, and does not require psychopharmacology!

Bipolarity in children is incredibly rare. Symptoms of bipolar disorders typically emerge in early adulthood, between the ages of 20-25. However, for a period of time the idea of “pediatric bipolar disorder” was a popular one and children were grossly and negligently over-diagnosed with bipolar disorders.

Those children, in follow up investigation, display no evidence of bipolarity. (Note: for more information Google the “Abilify lawsuits,” and see where the drug was given to children as young as 7 who are now severely impaired for life. Some of the doctors involved are fleeing to Europe.)

If you think you have encountered a child with bipolar disorder, think again. Childhood onset is extremely rare. You will want to confirm for 4 identifiable manic episodes with psychotic features. Instead, consider “Disruptive Mood Dysregulation Disorder,” a diagnosis in the DSM 5. 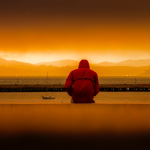 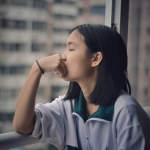 What does it feel like to have bipolar disorder? Firsthand accounts of the bipolar experience 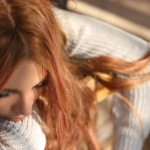 Do I have cyclothymia? Symptoms, diagnosis, and treatment

Do I have cyclothymia? Symptoms, diagnosis, and treatment
Taylor Bennett
3 min read

What does it feel like to have bipolar disorder? Firsthand accounts of the bipolar experience
Wistar Murray
19 min read
No comments yet
Disclaimer