Why men tend to confess their love first and tips on when to say, “I love you”

Men are often stereotyped as unemotional, cold, or even scared of commitment when it comes to settling down in romantic relationships. But science seems to indicate otherwise; recent results from a study published this year found that across three different continents and multiple cultures, men tend to profess their love before women do. But as to why—scientists seem torn.

And for those of us who are feeling those warm fuzzies—perhaps you’re wondering when to say “I love you.” There’s no perfect time, but there are several factors to consider before you take that massive leap in your relationship. 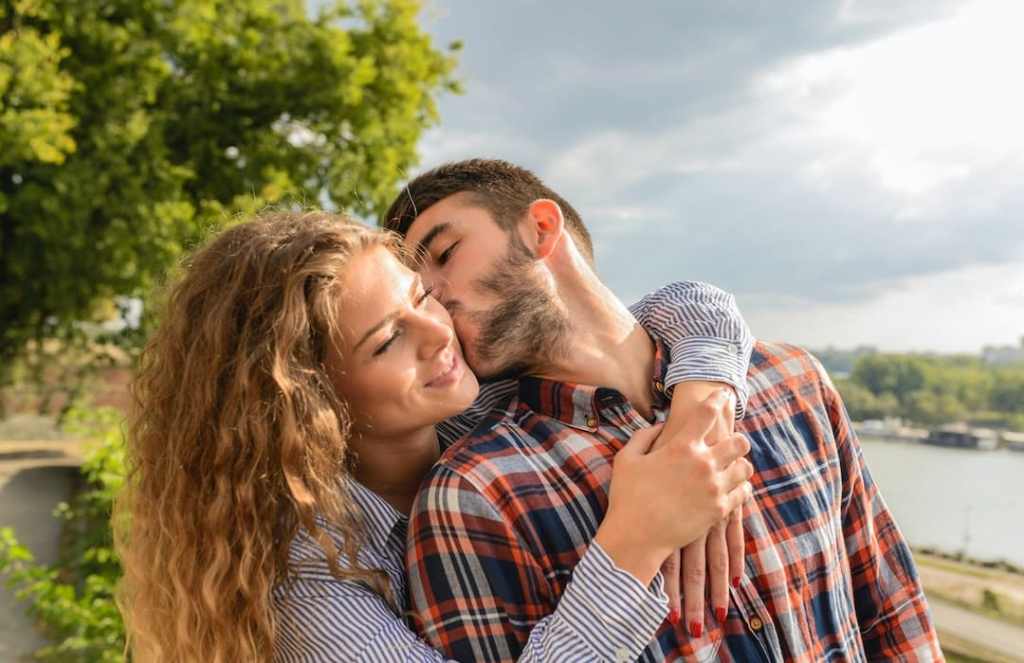 Is It Love or Biology?

In a 2022 study that included over 1,400 participants, researchers discovered that men usually say “I love you” before women do, a tendency that held true across the US and 6 countries that were included in the study’s results. However, while men tend to say “I love you” first, the results of the research indicated that women felt the same way at the same time but perhaps were following the man’s lead, which is a common theme in dating that is slowly changing.

When asked at what point in the relationship both the man and woman felt love for each other, both partners generally followed a near-identical timeline. For both genders, it’s quite common to wonder when to say “I love you.”

The same study found that men were more likely to say “I love you” first if their country had a population with more women. In other words, the more choices in a potential mate that men had, the more likely they were to profess their love to a partner; maybe because they truly meant it. This goes against stereotypes of men being “players” or afraid of commitment, which surprised the study’s researchers.

Other Relationship Factors Also Weigh In

The reasons why men say “I love you” first could depend on whether the couple has had sex yet. A 2011 review also concluded that men say “I love you first,” but that they were also more likely to respond negatively to a confession of love from a female partner if it came after they had sex. However, if a confession comes before sex, it could signal that the relationship was moving toward physical intimacy, making them more likely to respond positively to hearing “I love you.”

Also notable was the average time it took for men to say those three words was around 97 days, a little over three months into the course of dating. Regardless of gender, men and women with avoidant attachment styles (people who are classically afraid of commitment) did not respond positively to hearing a confession of love from their partner.

Tips for Those Wondering When to Say “I Love You”

If you’re wondering when to say “I love you,” it’s important that you consider how you feel about your relationship, and whether you have an honest read on your partner. They may not feel the same way, which can be crushing—but still valid.

Some tips on knowing when to say “I love you” include:

And if you decide to say “I love you,” confess your feelings, and your partner doesn’t reciprocate, don’t react angrily or take it too personally. It’s possible that they need more time to “get there” than you. They may have been hurt by someone before you, or are simply slower to open up. And remember, using “I love you” as a way to love-bomb someone is a form of emotional manipulation. There’s no easy way to get those three words out, but there are steps we can take to ensure it happens without any hearts being broken.