4 Effective Breakup Tips to Let Your Significant Other Down Easy

I’ve had my fair share of breakups—probably more than I’d like to admit. And 95% of the time, I was the one doing the breaking up. It all started back in 4th grade: one of my best friends asked me to be his girlfriend and I thought, “Sure, why not? He’s a cool dude.” But then he crossed the line by asking to hold my hand, so I of course kicked him to the curb… by never talking to him again. My next boyfriend was a couple years later in 6th grade—after a couple weeks of sending notes back and forth, he finally popped the question: “Do you want to go out with me?”

We dated for a good few weeks, before I panicked and decided the only remedy was calling it quits. So, I nonchalantly logged onto Myspace and sent him a brief message about how it just wasn’t going to work. Flash forward a few more years, and I was a professional at breaking hearts not only via notes and social media, but texts and phone calls too—anything that didn’t require a face-to-face conversation.

Don’t worry—I have since learned the primary breakup rule: have the decency to discuss it with the individual in-person. The truth is, I knew all along that this was the morally correct way to approach a breakup, but teenaged me just couldn’t bear the confrontation. I did everything it took to avoid arguments, disagreements, hurt feelings, any type of negativity… all of which are typically involved in breakups, which left with my hands tied. Thankfully, however, I have also since matured and learned that the feelings of others are just as important as mine. So, I’ve taken the time to better understand an effective breakup, in that both parties leave relatively unscathed. And I couldn’t have done so without the help of Dr. Wyatt Fisher, licensed psychologist and niche dating site founder. Here are his tips when it comes to breaking up with your significant other:

It’s ultimately unrealistic to believe that there won’t be hard feelings—you’re breaking up with an individual who obviously cares for you and wants to be with you. And on top of that, they are only human—they have pride and honor, which will likely be torn down to some degree. “Breaking up with someone almost always creates feelings of rejection,” explains Dr. Wyatt Fisher.

“Therefore, have realistic expectations that no matter how soft you are with the breakup, there’s bound to be some level of discomfort and negative feelings from the other person.”

4 Effective Breakup Tips to Let Your Significant Other Down Easy

2) Start with their strengths.

Once you’ve developed the right mindset and know to expect some blowback, approach the breakup by first discussing your partner’s strengths. “Begin with all of the positive qualities you sincerely love and appreciate about them,” says Dr. Wyatt Fisher. This might be their laugh, their punctuality, the way they brush their hair out of their eyes… it could be anything. The point is to show that you truly do care for them and appreciate your time with them.

3) Discuss your strengths as a couple.

And finally, “share your concerns/negative feelings about the relationship and keep it focused on you, not them.” Dr. Wyatt Fisher gives an example of doing so: “instead of saying, ‘I just feel like you want different things in life than me, and I can’t be in this relationship with you anymore,’ say, ‘I just feel like we want different things in life and I’m feeling disconnected in our relationship.’” Using “you” statements can make your partner feel attacked or responsible for the breakup, but “I” statements will give them a new perspective and switch the focus onto you and your feelings. 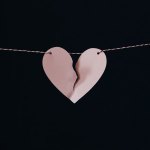