Empathy vs. Sympathy: What’s the Difference?

On your walk to work, you notice a man napping on a park bench. He’s wrapped tightly in a torn, flimsy blanket. His boots appear to be in their last wearable days. And aside from what is on his person, he has one lone empty water bottle sitting by his side. Concluding he’s homeless, you feel a wave of sadness rush over you. You tuck a couple dollars under his water bottle and as you walk away, wish you could do more to help his predicament—you wish he was better off, that he at least had a warm place to sleep.

Another person walks by the homeless man shortly after you do. After making the same observations, she leaves a few dollars as well, only they’re accompanied by a note. In the note, she details her own time spent on the streets. She tells the man that she knows exactly what he’s going through and encourages him to remain strong through the tough times she knows he’s experiencing. The woman then walks hurriedly away, despite the tears blurring her vision.

Both you and the woman felt pain for the homeless man that you passed on the street. Your hearts went out to him and even drove the both of you to give him some cash, in hopes of helping out, if even just a little. But there was actually a big difference in the emotions the two of you experienced: you felt sympathy, while she felt empathy. We often use the words empathy and sympathy interchangeably, but they don’t quite have the same meaning. However, they do sound the same and they’re similar in meaning, so no shame on you. Still, it is important to distinguish between the two and really mean what you’re saying.

When you feel sympathy, you feel bad or concerned for someone. For example, when you walked by that homeless man on the bench, a wave of sadness rushed over you. You could only imagine what he was going through and wished that he wasn’t in that unfortunate situation. Here are a couple other examples of feeling sympathy:

Empathy is a different side of the same coin—it’s not only feeling bad but understanding and even sharing the emotions of that person. You’re able to relate to how they’re feeling. The woman that noticed the homeless man was empathetic, in that she knew exactly what it was like to be homeless and shared the man’s despair. Here are a couple other examples of feeling empathy: 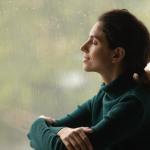 Why am I so emotional? Tips and tricks for when you feel overly emotional 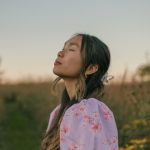 Why am I crying for no reason? Emotions and conditions that can cause random crying

Why is it so hard to express my feelings?

How to forgive yourself: Letting go of guilt and past regrets
Anthony Centore, PhD
4 min read

Why is it so hard to express my feelings?
Taylor Bennett
4 min read

The psychology of missing someone: 5 ways to cope with the pain
Jason Crosby
6 min read

What are abandonment issues? Causes, symptoms, and how to overcome
Lenora KM
5 min read

I hate myself‚ is that normal?
Taylor Bennett
3 min read

Feeling like you have no direction in life? 6 ways to avoid stagnation
Taylor Bennett
6 min read

How to Talk About Your Feelings: 6 Tips
Taylor Bennett
4 min read

The Cause and Effect of Low Self-Esteem: A Mindfulness Teacher Weighs In
Taylor Bennett
6 min read
No comments yet
Disclaimer