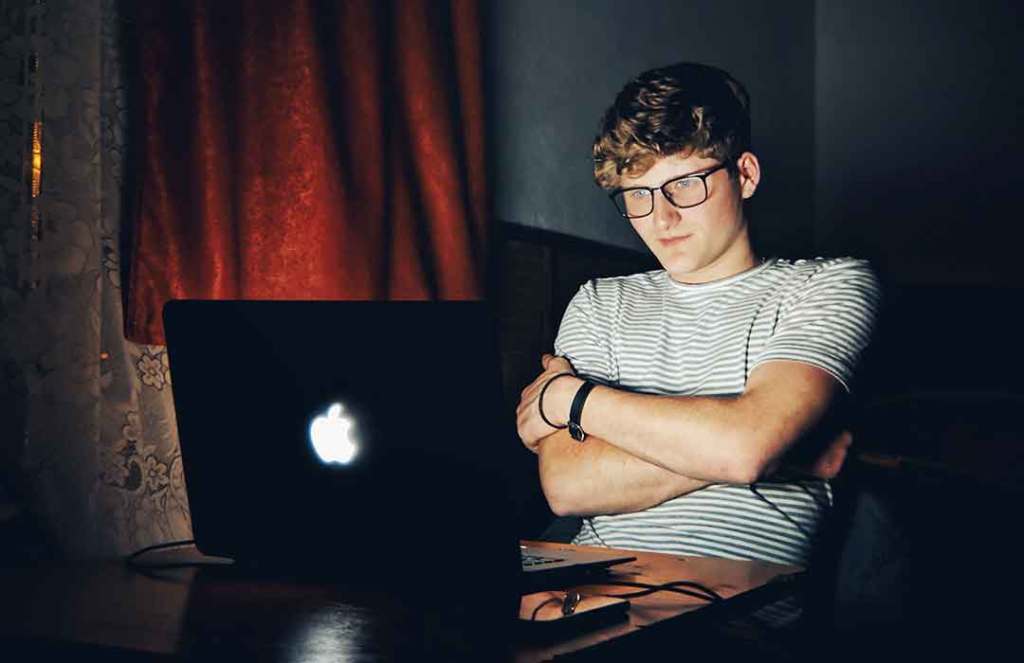 Meet Noah- a twelve-year-old middle schooler with a bright future and good friends. His loves to skateboard, draw, and play video games. Recently, Noah’s parents have noticed him turning down opportunities to play with his friends for more time on his video games. His grades are slipping, and he’s been more irritable than usual. Then, the other night, his dad caught him playing video games in the middle of the night on a school night. Noah claims that he just lost track of time, but his parents are worried something bigger is going on.

Video game addiction is a very real addiction that plagues many people. As video games become more realistic, interactive, and global, that number is growing.

Video game addiction is no joke- it has been linked with depression, anxiety, irritation, insomnia, and migraines to name a few. But just as with other addictions, our brain has a phenomenal ability to heal. If you or someone you love is struggling with video game addiction, Thriveworks in The Woodlands can help. For more information or to schedule an appointment today, give us a call at 281-667-9790.

What Are the Symptoms of Video Game Addiction?

Video game addiction- or internet gaming disorder, as the DSM-5 names it- has emotional and physical impacts similar to other addictions.

One of the things that video game addiction differs from other addictions is in the emotional attachment to a particular game or online avatar. As games become more realistic, it’s possible to escape into a whole different life, one that can become more engaging than your real life. As this connection to a virtual world grows, it becomes harder to control your impulses and gaming habits. An addiction is born.

Symptoms of a video game addiction can include:

If you are concerned about a loved one’s gaming habits, look for these external symptoms as well:

Just as with other mental health issues, video gaming addiction exists on a spectrum. Whether you are struggling with a mild, moderate, or severe form of internet gaming disorder, Thriveworks The Woodlands is here for you. Video gaming might feel like an escape, but really it is trapping you in a different cage. For true freedom, give Thriveworks The Woodlands video gaming addiction counselors a call.

What causes internet gaming disorder is still being studied, but one possible factor is the way coders write video games. Video games are designed to be addicting. By utilizing, life-like characters, looping scenarios, and live role-playing options, producers ensure that people keep coming back to the games they love.

For example, in a looping narrative, everytime a level is achieved, the character will get a reward. This challenge-reward loop releases dopamine in a person’s brain- the pleasure center. This process of releasing dopamine is incredibly addicting, your brain wants dopamine so it will tell you to do whatever it is you were doing when that dopamine was released. With this new use of dopamine-producing effects in video games, gaming isn’t just fun, it’s addicting.

How Can Video Game Addiction Counseling Help Me?

Behavioral addictions, such as video game addiction, or an impulse control disorder can wreak havoc in someone’s life. The addiction can take over, pushing loved ones way, developing emotional and mental health problems, and pushing your physical health to the limit. If you recognize the symptoms of video game addiction in yourself of a loved one, it’s worth reaching out. The life you live in a video game isn’t real, and there’s so much more pleasure to be found in the real world. Sometimes it will be hard, but those struggles make the better days all the more worth it.

A Thriveworks in The Woodlands counselor will always meet you where you’re at. We are a nonjudgmental, client-focused practice, meaning we will always keep the focus around your goals, concerns, and doubts. We are the expert on counseling, but you are the expert on yourself. Together, we can help build a happier, more fulfilling future.

For more information on Video Game Addiction Counseling, or to schedule an appointment today, give Thriveworks The Woodlands a call at 281-667-9790.