People are Really Anxious About Another Terrorist Attack

More than 21,000 people were enjoying an Arianna Grande concert at the Manchester Arena in England a few days ago when a suicide bomber killed 22 people and left 59 injured. The terrorists’ target was the children and teenagers who comprised a large portion of the crowd. By comparison, the U.S. has suffered fewer than 10 deadly attacks—with less than 100 deaths since the September 11, 2001, attacks.

Facts about Threats for Adults and Children

From a statistical point of view, it may be that we are disproportionately worried about terrorist attacks and other events given that they are so rare. People are more likely to pay attention to the things that scare them, which lead them to believe the events are more common than they really are. The following are a few statistics about how people feel about these events and the number of individuals who are affected by them.

Dealing With Children and the News of Devastating Events

Your children and teens have probably heard the news of the most recent terror attack and others on the radio and television. It is hard not to notice with their minute-by-minute details, interviews with people who were at the scenes, as well as television footage of victims who were killed. They also get the information from newsfeeds on their cell phones and hear about it from their friends and at school. It is likely they have seen and heard about the devastation, especially in a world that is “connected” to every news source available. Children may feel threatened by the recent barrage of terror attacks around the world. They can’t even comprehend why somebody would intentionally kill another person let alone a few dozen people. The fact is you, as a parent, may be feeling anxious about the news of terrorism and the vile acts terrorists carry out.

Tips on Talking to Children About Terrorist Attacks

According to Nicky Cox, editor of First News (a news site for children), even if you manage to shield children from these events, things that happen in the news will be talked about in the school playground or the lunchroom.

“Don’t delay telling your children,” Harold Koplewicz, president of the Child Mind Institute, told Time magazine after the Paris attacks in 2015. “It’s very likely that your child will hear about what happened, and it’s best that it comes from you so that you are able to answer any questions, convey the facts and set the emotional tone.”

The following are some suggestions about discussing the recent terrorist attack and other tragic events. 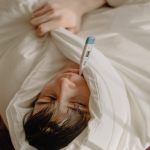 Illness anxiety disorder: What is hypochondria? 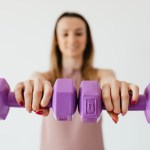 How can I cope with gym anxiety and feeling self-conscious at the gym? 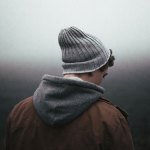 Why do I have obsessive bad thoughts?
Lisa McCafferty
4 min read